About AIM Blog 5 Facts and Fictions about the Great Resignation

5 Facts and Fictions about the Great Resignation 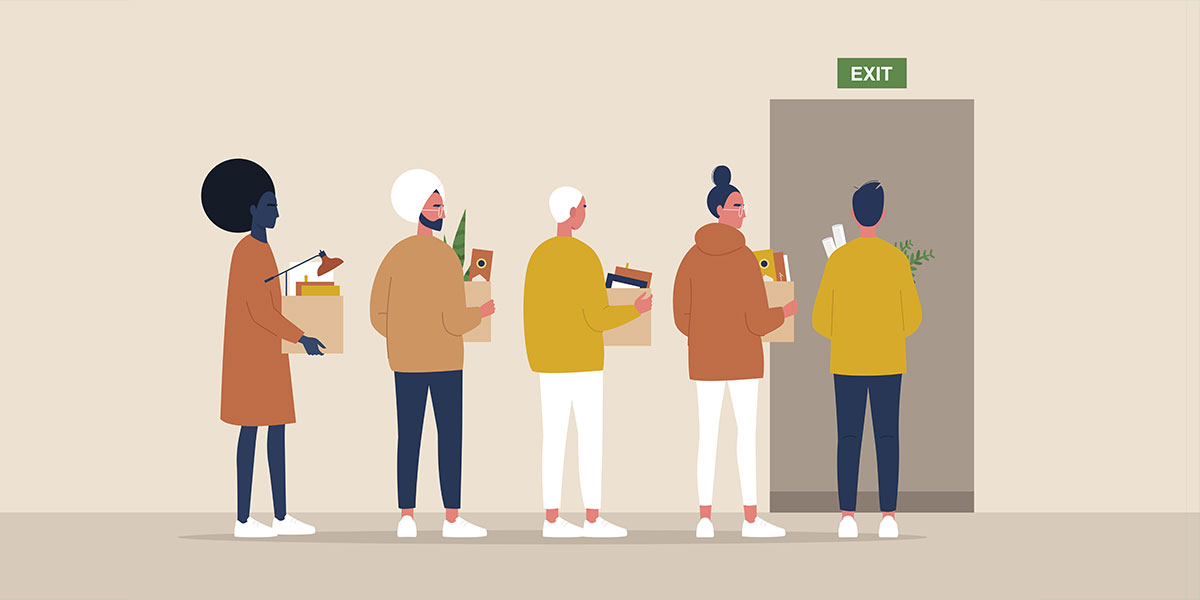 By this point, you have probably heard about the Great Resignation. Maybe you have heard it referred to by another name – the Big Quit or the Great Attrition – but the message is the same: people are choosing to leave their current roles in unprecedented numbers.

According to research that Microsoft conducted in March 2021, one month before the US reported a record 4 million resignations, 41% of the global population is planning to leave their current role within the next year and 46% want to make a significant transition in their career.

Whether you are a business leader looking to maintain your existing talent or if you are an individual who resonates with this mass exodus, it is important to understand the truth behind the Great Resignation.

To this end, let us explore some of its common facts and fictions:

1. This is a direct response to COVID-19

There is certainly a strong connection between the global pandemic and the rising resignation rates, however it might not be quite for the reasons that you expect.

In simplistic terms, and ignoring those who were made redundant or otherwise lost their work, COVID-19 affected work along two spectrums: how we work (remotely, for instance) and when we work (the barrier between work and personal time has been thinned). This caused increased rates of stress and burnout over the short term, but after such a long period “it has rewritten the psychological contract between employers and employees” according to Gartner behaviour scientist Aaron McEwan.

It would be fairer to say that this is more a result of lockdown than the pandemic specifically, but it must also be noted that there are other significant influencing factors involved. For instance, as this movement is in part for moral reasons, it can also be correlated with cultural shifts like the #MeToo movement. I hesitate to call COVID-19 the primary reason but am happy to think of it is as the final straw that broke the camel’s back.

2 . It is only affecting particular demographics, sectors, or industries

This one is categorically false. Although certain areas are experiencing higher rates of turnover than others, this is a general trend that crosses all societal boundaries. Nevertheless, it is helpful to look at the more extreme examples to better understand the Great Resignation as a whole.

In a survey by McKinsey that encompassed people from Australia, Singapore, the United States, Canada and the United Kingdom, it was found that the industry with the highest expected turnover is Leisure and Hospitality. 47% of respondents in this area said they were at least somewhat likely to leave their role in the next 3-6 months. Goods producers reported at 43%, white collar workers at 41%, and healthcare/social assistance at 36%, to name a few more, and it should be remembered that hospitality work has always tended to have high turnover rates.

In terms of age demographics, resignation rates are highest for people aged 30-45. It is usually the youngest workers, around 20-25, that have the highest level of turnover, but they have actually experienced a reduction through the Great Resignation period. The only other age bracket to experience a reduction is 60-70, which likely speaks to less employment options and a greater need for employment certainty. For everyone else, it is likely that many people delayed their resignation during the uncertainty of the pandemic, and so what we are experiencing today is a build-up.

3. Every resignation is made in search of a higher paying role

This was partially addressed in the first fact or fiction, but to reiterate, finances is just one of many reasons for why people are choosing to move on from their current positions.

Many people have come out of COVID-19 feeling that their time has been stolen from them, and with lockdown providing a lot of opportunity for introspection, a lot of resignations are based on the desire to change their careers entirely. These so-called “pandemic epiphanies” are leading people to work for someone that better aligns with their morals and ethics or to chase a passion or to move industry simply to have a change.

Even with the people who are seeking greater renumeration, it is often not as simple as wanting a larger annual sum. A greater hourly rate would be important for those whose main priority is downsizing their work as that would allow them to reduce their overall working time without making a lifestyle sacrifice. Other people will calculate that they can save money with less workhours, regardless of a pay increase, as added time will allow them to spend less on transport, food, and other necessities.

From an employer’s perspective, the important takeaway from this is recognising that if you want to ensure you retain your top talent, it is likely to take more creative solutions than just a pay rise. A worker who is thinking about resigning is one who is thinking about their preferred future, so it is your job to find a way to provide that desired future to them.

It is true that resignation rates are yet to rise significantly in Australia as of writing, but there are reasons to believe that it is just around the corner. Primarily, over 600,000 Australians expect to be with a new employer in the next year. Only so many of these people must be correct to make a significant impact on our labour market.

But why are so many expressing they expect to leave? The main driving factor for traditionally office-based workers leaving is mental fatigue and unwellness. This is a global phenomenon, but Australians are the most burnt out of all with 52% having taken time off in the past 12 months due to mental health concerns. This number jumps up to nearly 4 out of 5 when looking at young Australian workers aged 16-24.

As mentioned above, this burnout derives from a dissolution of the barriers between work and leisure times. This is resulting in an average of 7 hours of overtime per week for office workers, and while this extra work isn’t always compensated, ensuring it is paid is not necessarily the best answer for organisations seeking ways to retain their staff.

The important takeaway from this is that while the Great Resignation itself may not yet have hit Australia, the causes behind it certainly have and organisations must prepare themselves.

5. You would have to be very foolish to resign in such a chaotic time

One survey found that 36% of people who quit their job in the past 6 months did so without a new job lined up. I’m sure just the thought of this makes many of you feel anxious and your mind is instantly going to all your financial responsibilities: kids, mortgages, insurance, the little pleasures you treat yourself, like ordering delivery for dinner. But this all speaks to how this isn’t a fact or a fiction, but a very personal and subjective decision.

It is undeniably risky to try and find work in a disruptive environment without much of a safety net. Many people would argue that staying in a role you don’t enjoy is even worse than a risk; it’s a certainty for unhappiness.

This all speaks to the singular most valuable piece of data about employee retention, applicable as much in more conventional times as it is in this age of coronavirus and remote work: people very rarely leave jobs that they love doing, especially if they don’t think they will also love their potential new role.

Company loyalty comes from engagement, and engagement is synonymous with pleasure in so many ways. If you can make your staff enjoy their work, you will have little worry about any Great Resignation.

According to results from the AIM 2021 Leadership Survey, one of the main reasons why Australians resign from their positions is due to a lack of career development opportunities. If you are a business leader or owner who wants to build employee engagement, becoming an AIM Partner is the best way to provide professional development to your staff at affordable scale. Book a quick call with an expert course advisor to learn more.